At Geffner Kersch we will see you through this journey to take you from an unsure beginning to peace of mind. In this process, we strive for efficiency, not only for you, but for your family. Bringing the resources necessary to guide you into the new chapter of your life is of utmost importance to us. With our extensive experience, our firm is able to give you the sophistication and knowledge you need with the personalized touch you deserve.

Our Mission: Striving to handle your divorce or other family matter with
respect and compassion to exceed your expectations of this process.

• Research Assistant for Professor John Dewitt Gregory, a respected professor in the area of Matrimonial and Family Law

• Named as one of 2016's Top Women in Law by Hofstra University School of Law, Center for Children, Families and the Law

• Preparation of an outline for a lecture at the Nassau Academy of Law on Asset Protection Planning in Light of Divorce (2005).

• Lecturer, “She Shed-He Shed: An Introduction to Both Sides of Matrimonial Law” for the Nassau County Bar Association’s Bridge the
Gap program (October, 2020)

• Lecturer, "Breaking Up Is Hard to Do: An Examination of Recent Matrimonial Case Law" for the Nassau County Bar Association (February, 2019)

• Lecturer, "After I Do: A Primer on Handling Matrimonial Cases" for the Nassau County Bar Association (May, 2016)

• Lecturer, "Obergefell: The Supreme Court Pronounces the Right for All to Marry" for the Nassau County Bar Association (May, 2016)

• Lecturer, "How to Prepare Your Divorce Case from A-Z," a four part series for the Nassau County Bar Association (September – December of 2015)

• Speaker, "The Crossroad between Lawyers and Accountants," a discussion on salient Matrimonial Law tax issues for the Attorney/Accountant Committee of the Nassau County Bar Association (October 2015)

• Lecturer, "Unprecedented But Not Unanimous: An Analysis of Obergefell" (The US Supreme Court decision permitting same-sex marriage) for Lawline (September 2015)

• Lecturer, "Separate Property Appreciation and Credits: The Marital Residence and Beyond" for the Nassau County Bar Association, Matrimonial Committee (May 2013)

• Panelist for workshop given to individuals experiencing a life transition, discussing issues relating to divorce (June 2005 and January 2006)

Why did you become an attorney ?

Helping children faced with adversity and difficult life situations is one of my greatest passions. I directed my efforts toward such causes throughout my life. In deciding upon a career path, I believed that becoming a lawyer would enable me to make a great impact in the lives of children. Toward this end, during my third year of law school, I participated in the Hofstra Child Advocacy Clinic, representing children involved in child abuse and neglect cases. Advocating in court on behalf of these children was an invigorating experience which allowed me to develop my litigation and dispute resolution skills early on in my career. It also provides me with a unique sensitivity toward child custody cases and parenting.

Why did you choose to practice divorce and family law?

Helping people through extremely emotional experiences is something that comes naturally to me. My friends and family members have always been able to come to me with their problems, and I have listened to them, reassured them, and helped them. This is what lead me to my undergraduate degree in psychology.

Another reason is because this area of law is intellectually challenging because it encompasses several other areas of the law and business. To be effective, it is important to understand real estate, the complexity of businesses and other asset holdings. I grew up in a family of accountants. My parents have a Long Island based accounting practice where I worked from a young age. This accounting and tax background provided me with the foundation to effectively structure complex financial settlements for my clients.

Being a divorce and family law attorney must be difficult, how can you handle it?

Simple, because of my clients! Being able to play a major role in the journey a person takes through the divorce process is extremely fulfilling. From the initial intake to the final resolution of a case my client is not the same person. In most instances, my client becomes stronger, less fearful, more in control, more confident, and happier. I recognize that this process can be one of the hardest experiences in life. I try to approach each individual with compassion and sensitivity. It is important to me that my clients know what is happening each step of the way. I strive to provide reasoned and sound advice so that their case can move expeditiously to a favorable result.

What sets you apart from other divorce and family law attorneys?

The approach I take for all of my clients is as follows:

Listen to the issue

Advise of alternative courses of action

Execute in that direction. 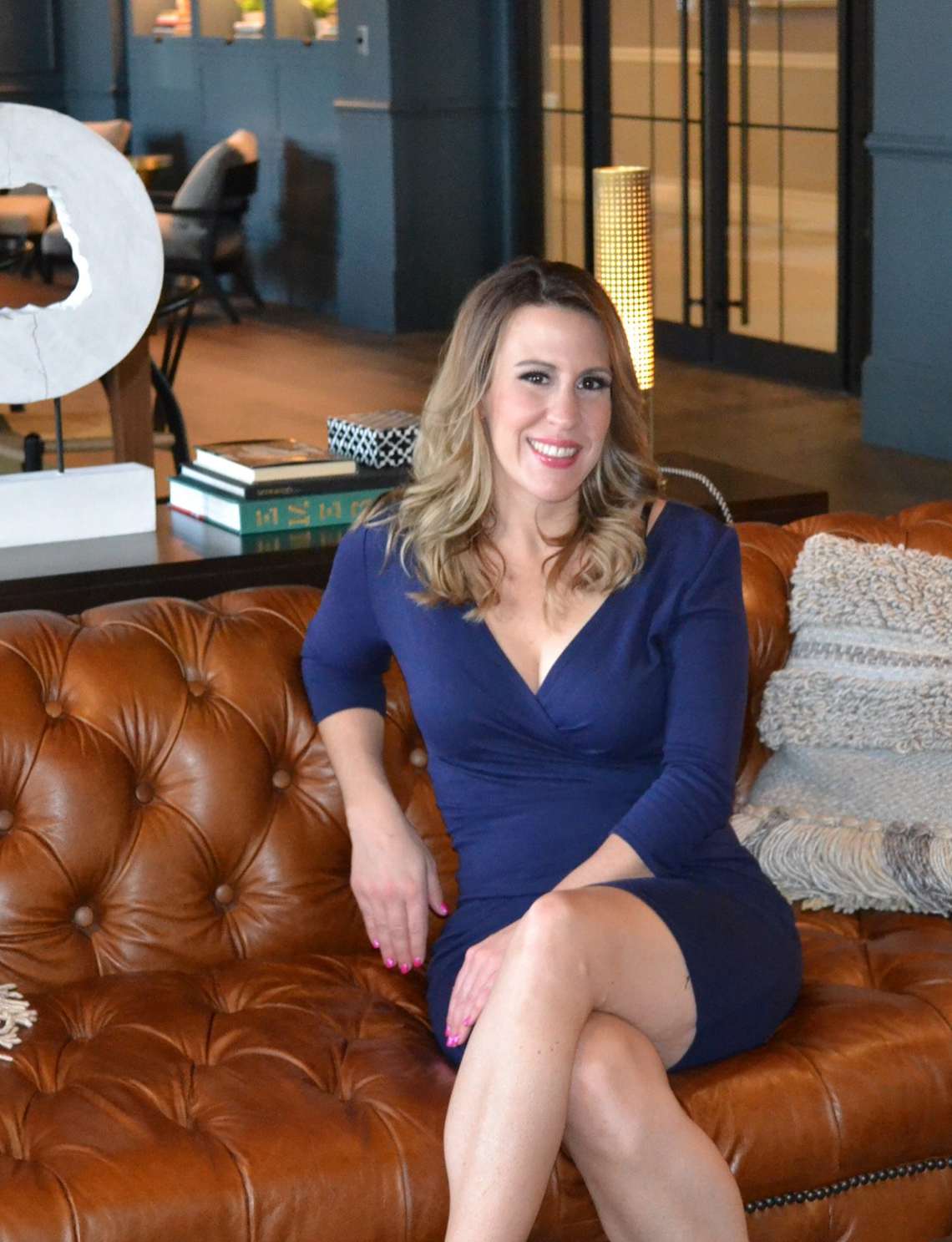 • Named as one of 2016's Top Women in Law by Hofstra University School of Law, Center for Children, Families and the Law

• Unified Family Courts: A Saving Grace for Victims of Domestic Violence Living in Nations with Fragmented Court Systems, 42 Fam. Ct. Rev. 304 (2004) (chosen to be featured in the Family Court Review's "Best of" Series)

• Lecturer, “She Shed-He Shed: An Introduction to Both Sides of Matrimonial Law” for the Nassau County Bar Association’s Bridge the
Gap program (October, 2020)

• Lecturer, "Breaking Up Is Hard to Do: An Examination of Recent Matrimonial Case Law" for the Nassau County Bar Association (February, 2019)

• Lecturer, "After I Do: A Primer on Handling Matrimonial Cases" for the Nassau County Bar Association (May, 2016)

• Lecturer, "Obergefell: The Supreme Court Pronounces the Right for All to Marry" for the Nassau County Bar Association (May, 2016)

• Lecturer, "How to Prepare Your Divorce Case from A-Z," a four part series for the Nassau County Bar Association (September – December of 2015)

What makes me different from other divorce attorneys?

The answer is simple–going through my parents' divorce! This real life experience enables me to relate to my clients and the concerns that they have for their children. I want to ensure that the divorce process is handled in a respectful manner, where the children are protected. As a psychology major in pursuit of my undergraduate degree, I developed the skills necessary to enable me to communicate effectively with my clients and really "hear" them. This allows me to guide them through the divorce process, and ensure that their emotions do not cloud their ability to make reasoned decisions, which avoids protracted litigation.

How do I feel about divorce?

While many have viewed divorce negatively, I believe that divorce can be a positive transformation. This is not to say that I do not endorse healthy marriages, because I do. However, when divorce is the likely result, I commend my clients for taking that difficult step and accepting that it is time to move on.

As a child of divorce, I was fortunate enough to see the positive side to divorce. I am now lucky enough to have 3 sets of grandparents for my children. I believe that children can never have enough love, and the fact that I was given the opportunity to have step-parents who loved me as their own child, and step-siblings who I love as my own siblings, is a gift. While things were not always perfect following my parents' divorce, over time, my parents' relationship grew into a beautiful one, where they bonded over the love of my children and shared fond memories of my childhood. So for me, my memories of my parents' divorce were generally positive.

Why do you love what you do?

I love what I do because despite my clients coming to me when they are going through arguably the worst time in their life, I witness a transformation which undoubtedly occurs where they reach a state of peace and contentment. At this point, which often comes at the time their case is settled or tried to conclusion, my clients move on to the next chapter of their life which they report to be remarkably better than the chapter that just ended. Knowing that I helped play a role in bringing my clients to this place of peace and happiness is what makes me love what I do!

How do my clients describe me as an attorney?

While I am told to be compassionate, relatable, reasonable and a good listener, when settlement is not possible and litigation is the only choice, I am described by my clients as aggressive, detail oriented and relentless.

Have you always practiced in the area of matrimonial and family law?

Yes, I have always and only practiced in this area of law. I obtained a job as an intern during my last semester of law school, and was hired as an associate. I remained at that law firm for 12 1/2 years and worked my way up to partner. I am now one of the founding partners of Geffner Kersch P.C. My experience in this area of law is extensive, and includes my representation of many high net worth clients going through complex divorce and family litigation. However, I also take pride in negotiating settlements in an expeditious manner when possible, and mediating cases which are appropriate for mediation.

What you should know about me?

I have 3 children; my son and twin daughters. I enjoy cooking, baking and exercising when I am not zealously representing my clients.

The information on this website is for general information purposes only. Nothing on this site should be taken as legal advice for any individual case or situation. This information is not intended to create, and receipt or viewing does not constitute, an attorney-client relationship.